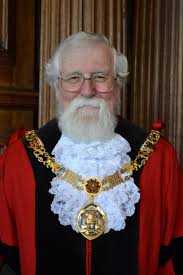 It is with great sadness that we have to report the passing of Alderman Roger Mace, who represented the Kellet Ward on Lancaster City Council from 1999 until May this year. During those 20 years, Roger was a great and highly respected supporter and advocate for Over Kellet through his membership of the City Council and a personal friend of many parishioners.

The Parish Council sends its deepest sympathies and condolences to Roger’s family.